My tribe is hurting today. We lost one of the great ones: Professor Stephen Hawking.

Hawking is described as a “cosmologist, space traveler and hero.” 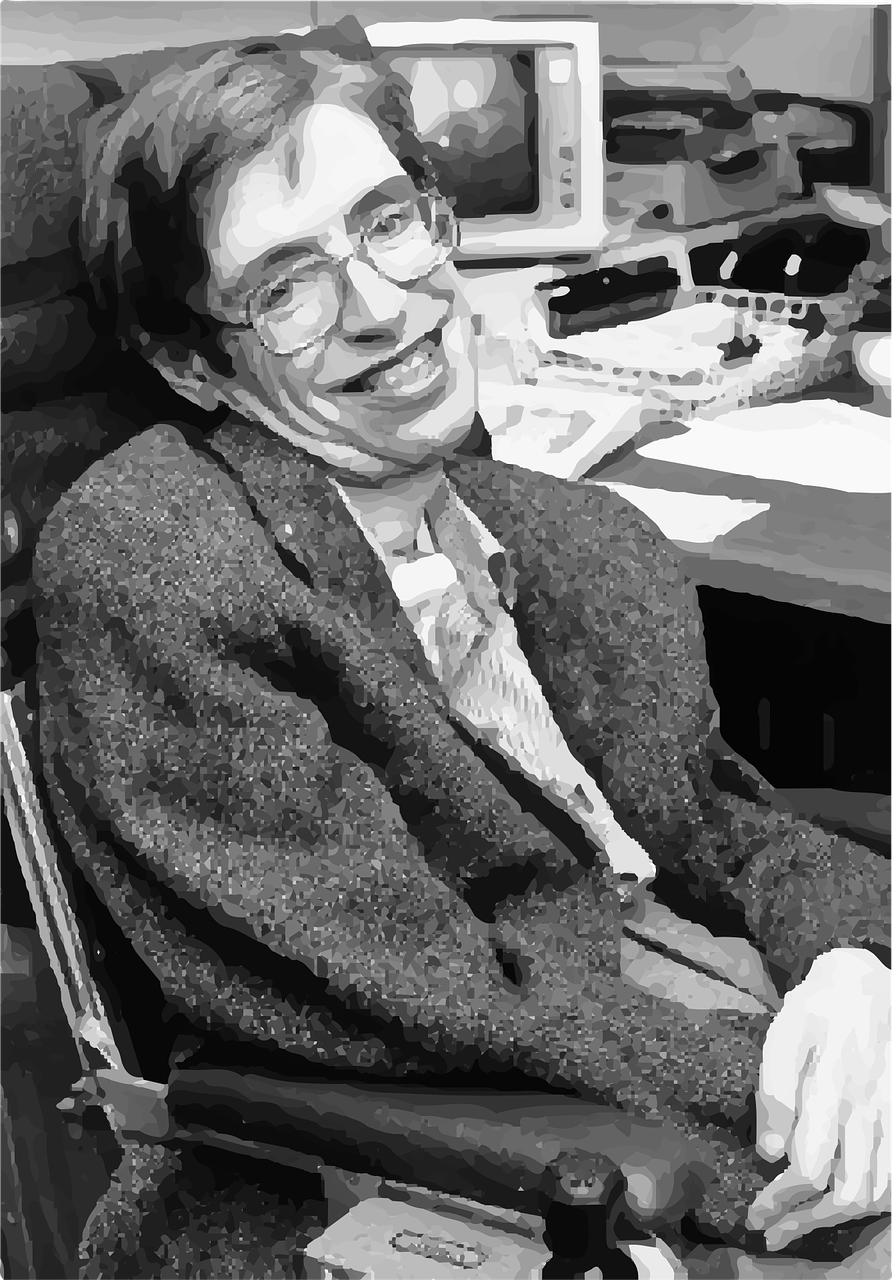 Although I never met Dr. Hawking, I do feel personally attached to him. He might not have known it, but he started my graduate school journey with me.

During my first semester at Penn State University, I was taking “Assessment and Intervention in Augmentative and Alternative Communication” with Dr. Janice Light. The grading process consisted of three papers for the whole course, each based off of a case study of our choosing.

Naturally, when Stephen Hawking was listed as one of the case studies, I
chose him! I remember telling my husband, “If you get to work with Stephen Hawking, even in a theoretical paper, you say, 'Yes!.'”

I surrounded myself with research articles and personal stories from his life. I remember thinking that, while daunting, my job was pretty darn cool.

Together, (case study version) Hawking and I examined his AAC
system and worked out some of the (theoretical) kinks. It was a pretty awesome welcome-to-the-AAC-world moment!

Professor Stephen Hawking has remained an important figure for me as my career has progressed.

Often when I tell people that I work with AAC, I get a puzzled face and a confused nod in return. I then explain that AAC is any way of getting your point across without talking, like gestures or sign language. After more confused looks, I follow up with, “You know how Stephen Hawking communicates with a computer? I work with people like that!”

The response is always, “COOL!”

While Stephen Hawking is given a lot of credit for his work in mathematics and physics, I think it's equally important to showcase what he's done for the AAC community.

He's broken down barriers and shown the world what users of AAC are capable of doing.

Stephen Hawking may have been an absolute genius in the realm of physics, but he really shook things up in mainstream culture in terms of AAC.

While Marlee Matlin showed the world that someone who uses American Sign Language can be a phenomenal actress, Hawking was one of the first (and only) to use a computer, voice- output device that was shown on our home TVs. He even showed his sense of humor, participating in TV shows like The Big Bang Theory, The Simpsons, Star Trek, and Futurama.

Professor Hawking showed that AAC is just another way to communicate.

Hawking realized that his computer (AAC device) was a continual topic of conversation. While he often had other things on his mind (like the workings of the universe), he was very frank in his sharing of information about his communication device.

His willingness to share his thoughts lets us feel more connected to him, and I thank him greatly for that. When we take some of the mystery away from AAC, it’s a lot easier for others to understand and accept it.

Intel Corporation®, the designer of Professor Hawking’s computer, realized the impact that its technology had on Hawking’s life. The company continually worked to upgrade his tech.

One of the team members, Pete Denman, recalled pitching different ideas about his computer for about 20 minutes, when Dr. Hawking suddenly spoke.

Denman said, "He welcomed us and expressed how happy he was that we were there," says Denman. "Unbeknown to us, he had been typing all that time. It took him 20 minutes to write a salutation of about 30 words. It stopped us all in our tracks. It was poignant. We now realized that this was going to be a much bigger problem than we thought."

This quote is powerful because it’s a reminder that using AAC can be a slow process.

Technology is ever changing, and this can improve speed and functionality. If you’re reading this, you’re probably one of those people constantly reading about new AAC and AT technologies. Keep it up, because it’s changing faster than we can write about it!

That being said, communication partners have to be patient. Speaking via AAC can be a slow process. Technology doesn’t solve a problem, we simply need to wait and listen.

Hawking urged us to push the boundaries in terms of presumed competence. We should start out by assuming someone has the ability to do something. This is an incredibly important topic in our field because individuals who use AAC are asked to prove their skills far more often than their typically-developing peers.

Additionally, I see children in the school setting required to demonstrate mastery of menial skills before they’re introduced to new vocabulary and basic life skills like reading and writing.

While Professor Hawking’s case is a bit different because his communication disability from ALS began around age 21, it is important to note the impact he has had on mathematics and physics since his diagnosis. He’s written several books, countless publications, and many lectures...the majority of which he wrote using AAC!

“Can’t” is simply a word that Professor Hawking didn’t accept. He was told he wouldn’t be likely to finish his doctoral work. He wouldn’t live more than two years past his diagnosis of ALS.

Instead, he went back to finish his degree. He found a way to communicate his thoughts and ideas, even when he couldn’t speak. He decided if he was going to use a wheelchair, it was going to be fun, and he became known for his wild driving skills. He continued his work and changed the way we think about the universe.

He even went into zero gravity at age 65.

Sometimes limits are imposed upon us. But often, our limits are self-imposed.

Push the boundaries, and break them whenever possible.

As I wrap up, I'd like to leave you with some of Professor Hawking’s own advice:

“One, remember to look up at the stars and not down at your feet. Two, never give up work. Work gives you meaning and purpose and life is empty without it. Three, if you are lucky enough to find love, remember it is there and don't throw it away.”

Thank you, Dr. Stephen Hawking, for all that you’ve given us.
Until next time,

Amanda is a speech-language pathologist with a passion for sharing her love of AAC and AT. She works with students using a variety of communication techniques.