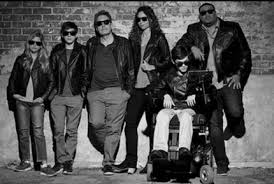 But this isn’t just any new comedy. This sitcom is woven around the life of a non-verbal teenager with cerebral palsy who uses AAC (augmentative and alternative communication).

While the show will likely bring some laughs and (hopefully) great reviews, the importance of this prime time entertainment endeavor goes much much deeper than a few chuckles and the occasional guffaw. Here are some of the reasons the show “Speechless” really matters.

1. People with disabilities are the largest minority group in the United States: According to the US Census Bureau, one in five Americans have a disability. But you might notice that there is NOT similar representation in the world around you. Is one in five actors disabled? Is one in five politicians disabled? Is one in five teachers, doctors, postal workers, mechanics, or anything else disabled? Now, it’s very true, that not all disabilities are visible and many who face disabilities struggle coming out into the world on a regular basis. But it seems this group which makes up a large portion of the population is shadowed to a great degree, and much of that may stem from a lack of acceptance. Bringing awareness to the lives of those facing disabilities helps to legitimize their struggles and move them closer to the mainstream of society.

2. It opens the jar of AAC awareness: Many people don't even know that AAC exists. And even if they know it's a thing, most people have never really seen someone use it. When we DO think of AAC we often think of autism, and it’s true that nearly half of those diagnosed with autism are non-verbal -- but AAC is NOT just an autism tool. Think of the dozens of diagnoses that can include speech impairment. Aphasia, cerebral palsy, ALS, dementia, depression, stroke, Parkinson’s, cancer, traumatic brain injury -- and the list goes on. AAC is a solution for MANY people, and the more the world is exposed to its function and benefit, the more it can become understood and accepted. “Speechless” is a machine that can help make that happen.

3. Speaking of AAC, “Speechless” might just bring AAC to those who need it: If we are honest, there are plenty of people and families out there struggling because they cannot speak and not all of them know that AAC is an option. Can you imagine the excitement of a mother who has been trying to help her voiceless child when suddenly she sees a solution on her TV screen in prime time? This show is a comedy, yes, (and there will be plenty of situations to laugh about) but that doesn’t mean there is nothing serious about the topic. Bringing the idea of AAC to the world -- and especially to families who could benefit from it -- is serious business.

4. The main character of the show actually has a disability: “Speechless” is the story of a family centered on a mother fighting for the rights and needs of her 16 year old son, JJ, who has cerebral palsy and is non-verbal. One of the beautiful elements of this show is that the actor who plays JJ, Micah Fowler, actually has cerebral palsy. While his condition is not as severe as JJ’s, what better way to bring depth and conviction to the role than by having lived it yourself. To add to this, Scott Silveri, the show’s creator, grew up with a brother who had cerebral palsy and was non-verbal. His experience touches every underlying piece of the foundation “Speechless” is built on.

5. It helps people see that different doesn’t mean broken: “Speechless” frames a disabled character in the role of hero rather than a person to be pitied (which has kind of been the norm in the past). Even from the trailer, it is obvious that JJ is a strong character with opinions, ideas, and desires. He is NOT just a place filler to sit by quietly and accept viewer’s sympathy. Audiences can relate to him, and that is powerful. This isn’t a show about a “disabled” kid. It is a show about a kid and how he maneuvers life. Just because JJ doesn’t have a voice of his own doesn’t mean he has nothing to say, and if we can connect with that idea in a sitcom, imagine what a beautiful movement it could launch into the real world.

6. Finally -- and most importantly of all -- families are families no matter their struggles: Some families face the very real life challenge of addressing the needs of a disabled member. It may be that one member necessarily receives more attention and care and that may leave hurt feelings and pain. It may be that other family members feel embarrassed or scared because of the issues. But that doesn’t make them any less a family. Families support and encourage each other. Families fight and argue. Families love each other fiercely. Whether they work through emotional issues, death, divorce, heartache, addiction, disability or any other trial, family life is not always easy -- but it is real and it is incredible and we should all be willing to see that.

It isn’t often that we hold our breath and hope for the very best when a new sitcom is perched on the threshold of prime time -- but today is one of those days. Here’s hoping that one cute, funny, TV show about an AAC user just might help to change the world.

“Speechless” is scheduled to air on Wednesdays on ABC.

Yes, I model...my core words that is

bAACk to school with CoughDrop

Speak my language -- modeling and AAC